Rick Herst Returns To The Bold & The Beautiful 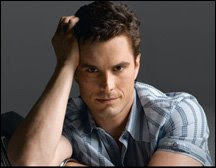 Bouncing back rather quickly from the news of his leaving General Hospital where he plays Ric Lansing, two-time Emmy winner Rick Hearst has received a contract role to reprise his Bold and The Beautiful character Whipple Jones. "Whip" as he is called is an ex-husband of Brooke's who has been working overseas at Forrester International.
There's no word yet on when his first air date is.