Meet the cast of AS THE WORLD­ TURNS at the 2009 Fan Club Luncheon on Saturday, April 18, 2009 from 12:00 Noon until 4:00 PM at the Marriott Marquis, located at 1535 Broadway in New York City. A $25.00 non-refundable deposit per person will reserve your seat in the order it is received. Your Final ­Payment is due no later than March 1, 2009. Deposits will not be accepted after March 1, 2009 - Full Payments Only. You can purchase tickets after March 1, 2009, if seats are still available. These tickets must be paid in full by Money Order Only. Current Fan Club Members $125.00 Per Ticket ~ Non-Fan Club Members $135.00 Per Ticket. Children Under 5 years of age are not permitted. If you wish to sit together money must be mailed in together - No exceptions.10 People Per Table ~ Additional People CANNOT be added to your party or table at a later date. List all names in your party on form below and indicate if they are members or non-members. THERE ARE NO REFUNDS OR CREDITS ~ No Exceptions! ~ ON DEPOSITS AND/OR FINAL PAYMENTS! SEATING WILL BE LIMITED TO THE FIRST 500 PEOPLE, SO GET YOUR RESERVATIONS IN EARLY! CHECK OR MONEY ORDER (US FUNDS ONLY) MADE PAYABLE TO:

­ There are a limited number of rooms available at the Marriott Marquis at a special rate. Friday, Saturday, Sunday & Monday nights, single or double $329.00. For HOTEL reservations please call 800-843-4898 and mention “As The World Turns Fan Club.”
at 11:51 PM No comments:

Jack Wagner To Appear on The Price Is Right

Jack Wagner (Nick) on "The Bold and the Beautiful" will guest star in an upcoming episode of america's number one game show, "The Price is Right" with host, Drew Carey. It airs on Friday March 6th on CBS. Wagner will make several appearances throughout the show and appear in the Showcase at the end of the program.
at 11:37 PM No comments:

Labels: Drew Carey, Jack Wagner, The Bold And The Beautiful, The Price Is Right

Soap Opera Digest.com is reporting that there will be a daytime emmy broadcast.

"There will definitely be a broadcast and it will be a cool event!" confirms an insider. The nominations will be announced for the 36th Annual Daytime Emmy awards in late April. The broadcast is slated for early June. No word on where the ceremony will be held as well. For the last three years the event has been held at the Kodak Theatre in Los Angeles.

Check back with SoapOperaDigest.com for updated information. MORE
at 8:41 PM No comments:

Trevor St. John is taking on a different role than his alter-ego, One Life To Live's Todd Manning. The star of the popular ABC daytime soap stars in the Dan Gauthier (ex-Kevin, One Live To Live) directed film, The Art Of Getting Over It. He will attend a screening of it at the New York Downtown Short Film Festival. It is one of the short films being shown and reviewed. Audience members at this screening are given ballots and asked to "score" each film. Those films that receive the highest scores are screened at the annual festival in April. Check the actor's website for the most current information. TREVOR WEBSITE

See a dress of Kendall's that you like? What about Taylor? Do you dare to want a dress worn by Erica Kane? Now here's your chance.

Throughout the month of March, the female cast members of ALL MY CHILDREN will be wearing clothes from the national retailer New York & Company. "The versatility and style of their collection will not only enhance the day to day fashions of our diverse cast of characters, but also afford our audience the opportunity to find the fashions they see on ALL MY CHILDREN in the New York & Company stores throughout the country," explains executive producer Julie Hanan Carruthers in a statement. Yes, what that means is you can dress like Kendall Hart Slater (Alicia Minshew) or Taylor Thompson (Beth Ehlers) or Erica Kane (Susan Lucci). Select items will be on sale through ABC.com, simply click on the "Shop" button then go to the "SeenON!" section of the AMC page.

For more info on purchasing ABC items, click: SEEN ON TV or ABC.COM
at 11:07 PM No comments: 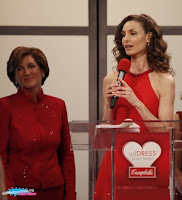 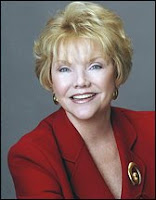 Between the special storylines in the shows and the public service announcement featuring ABC talent carrying the heart-health message, “The audience sees that the actors they are watching every day care about them and their health, so it’s a terrific opportunity for us as well,” says ABC Daytime President Brian Frons.

The heart-health theme has been integrated into ABC’s soaps in different ways. All three ABC shows features a prominent character who is a heart transplant recipient. One Life To Lives Viki Davidson(Erika Slezak)has the heart of her late husband Ben. General Hospital's Maxie Jones (Kirsten Storms) has the heart of cousin BJ. Earlier this year, All My Children's Kendall Hart Slater (Alicia Minshew) received the heart of her brother Josh.

On “All My Children,” the hospital will open a new cardiac wing with a luncheon sponsored on the show by Campbell. Actual Campbell executives will appear in the episodes, Ms. Milway said.

On “One Life to Live,” characters Vicki and Dorian will co-host the second annual Valentine’s Day Go Red Ball, which is sponsored by Campbell.

“General Hospital” will feature an episode recalling its heart-transplant storyline with an “It’s a Wonderful Life” twist. The character Maxie, is an employee of a magazine that’s donating a dress to be worn at a Go Red gala.

“Because we own our own shows, we can really directly and quickly sit down with our exec producers and head writers, and because they’ve had some success with it, I think now they actually look at it as an opportunity to sort of outdo each other in terms of being entertaining and informative at the same time,” Mr. Frons said. “We actually enhanced the entertainment value of the shows and we actually had a happy client. We don’t get to have everybody happy at the same time very often in TV.”

All Children, One Life To Life and General Hospital airs weekdays on ABC and on weeknights on SOAPnet.

To learn more visit the website: ABC.com
at 4:55 PM No comments:

All My Children's JR Martinez Talks To CNN 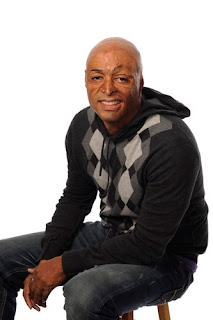 When J.R. Martinez returned from serving in Iraq, he never thought he'd see his name on the marquee at the local restaurant -- but there it was, a welcome-home banner at the Applebee's in Dalton, Georgia. He certainly never imagined he'd be starring in a popular daytime soap opera, either. But Martinez, 25, has never let the severe burns he received while serving in the United States Army stop him.

He spoke with CNN's Nicole Lapin about overcoming odds and being an inspiration for young people.

Wildly famous mystery novelist Richard Castle (Nathan Fillion) is bored with his own success. Then he learns that a real-world copycat killer has started staging murder scenes depicted in his novels. Castle is questioned by NYPD Detective Kate Beckett (Stana Katic), a bright and aggressive detective who keeps her investigations under tight rein. Though they instantly clash, sparks of another sort also begin to fly, leading both to danger and a hint of romance as Castle steps in to help find the killer. And once that case is solved, he and Beckett build on their new relationship as they look to solve more strange homicides in New York - as much fun as one can have with death and murder.

Free All My Children Gift Basket Contest For Atlanta Residents 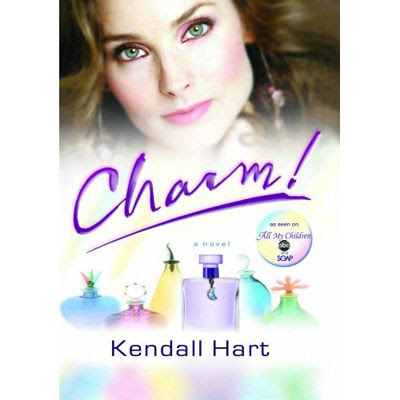 WSBTV.com in the Atlanta area is doing some early spring cleaning and we've got a few oldies but goodies to clear out! With a fast click you could have your chance to randomly win a FREE gift basket from All My Children.

Inside the gift basket you'll first find a novel, "Charm" by Kendall Hart. Kendall Hart Slater(played by actress Alicia Minshew)Oh, and not to drop names...but yes, Kendall is Erica Kane's daughter! The novel is about a beautiful, smart woman chasing after her dreams of becoming a successful business owner yet running from her traumatic past filled with shocking setbacks, betrayals and many other surprising ups and downs. Also inside the gift basket, you'll find a 1.7 oz. bottle of "Charm," All My Children's eau de parfum. Treat yourself to the undeniably, magical and intoxicating new fragrance.

The gift basket is FREE and supplies are VERY limited. For your BIG chance to win, simply enter into the random drawing at web.contests@wsbtv.com, by including your name, phone number and email address. You will only be contacted if your name is randomly selected in the drawing. At that time you will receive an email stating that you're a winner along with instructions of when and where to come to the station to pick-up your prize gift basket.

Thank you for your support of wsbtv.com. Best Wishes! Start clicking....The gift basket is simply "Charming"
at 5:45 PM No comments:

DAYS OF OUR LIVES alumnus Patrika Darbo (ex-Nancy) will be mingling with the likes of Johnny Depp and those notorious DESPERATE HOUSEWIVES. The actress has been cast — well her voice has — in the upcoming animated Paramount film, Rango, also starring the voices of Depp, Isla Fisher and Abigail Breslin. The film tells the story of a household pet (Depp), who goes on an adventure to discover his true self. The film is set for a 2011 release.

Meanwhile, look for Darbo to guest on the Feb. 8 episode of the ABC hit DESPERATE HOUSEWIVES, in scenes with Eva Longoria.
at 12:06 AM No comments: