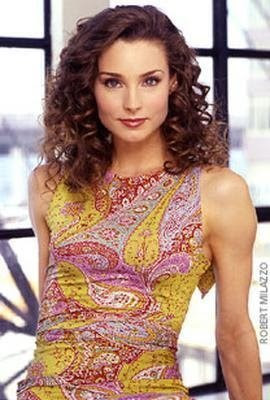 ABC's new prime-time hit series LIFE ON MARS will feature one of daytime's most familiar faces on November 13 when AMC's Alicia Minshew (Kendall) will appear on the series.

"The main character watches this soap opera on TV and I play a nurse on it", Alicia tells Soap Opera Digest. "It's a small part, but really fun." Minshew shares scenes with As The World Turns veteran's Grant Aleksander and Elizabeth Hubbard.

Minshew was requested for the role by the show's producer who is a big fan of All My Children. "The cool was that they requested me; the producer walked in and said, "Where's Kendall?'. We are so excited to have you here." The show is set in the 70's so the costumes were a nostalgic. " I was in this fabulous nurse's outfit...I had blue eye shadow and fake eyelashes."

The show is considering making the role recurring.
Jennifer Ferrin, of As The World Turns also appears in a separate story line.